The start of the first “Gigathlon Czech Republic” begins early in the morning with the sunrise. The very first competitors will be the ones who chose to carry the burden of INLINE SKATING >>. The inline route will take them along the fantastic Lipno Dam to Frymburk and back.

Our home-base together with transition areas will be situated in Lipno n.V. in the camp called Modřin (larch). From there starts the second discipline – ROAD CYCLING >>. In total 82 km and 1548 elevation meters is without any doubts the most exhausting part of the day. As a reward for their the cyclists get to see on the way the most beautiful city of the southern Bohemia Český Krumlov and the historical castle Rožumberk in its finest.

From the bicycle directly into the water! From Přední Výtoň back to Lipno.n.V! SWIMMING >> is the halfway discipline of the freaky Saturday. Our swimmers will hit the Lipno Dam direction to the home-base with a refreshment point on the charming little island called Králičí (Rabbit Island).

On the coast will be impatiently ones whose passion goes to MOUNTAIN BIKING >>! One of the most beautiful of the freaky Saturday leads through the monastery in Vyšší Brod and around the castle Vítkův hrádek, which is the highest located castle in the Czech Republic.

Freaky Saturday will be finished by those who love RUNNING >> the most. In the area will be waiting the rest of the team to enjoy this unique moment together! 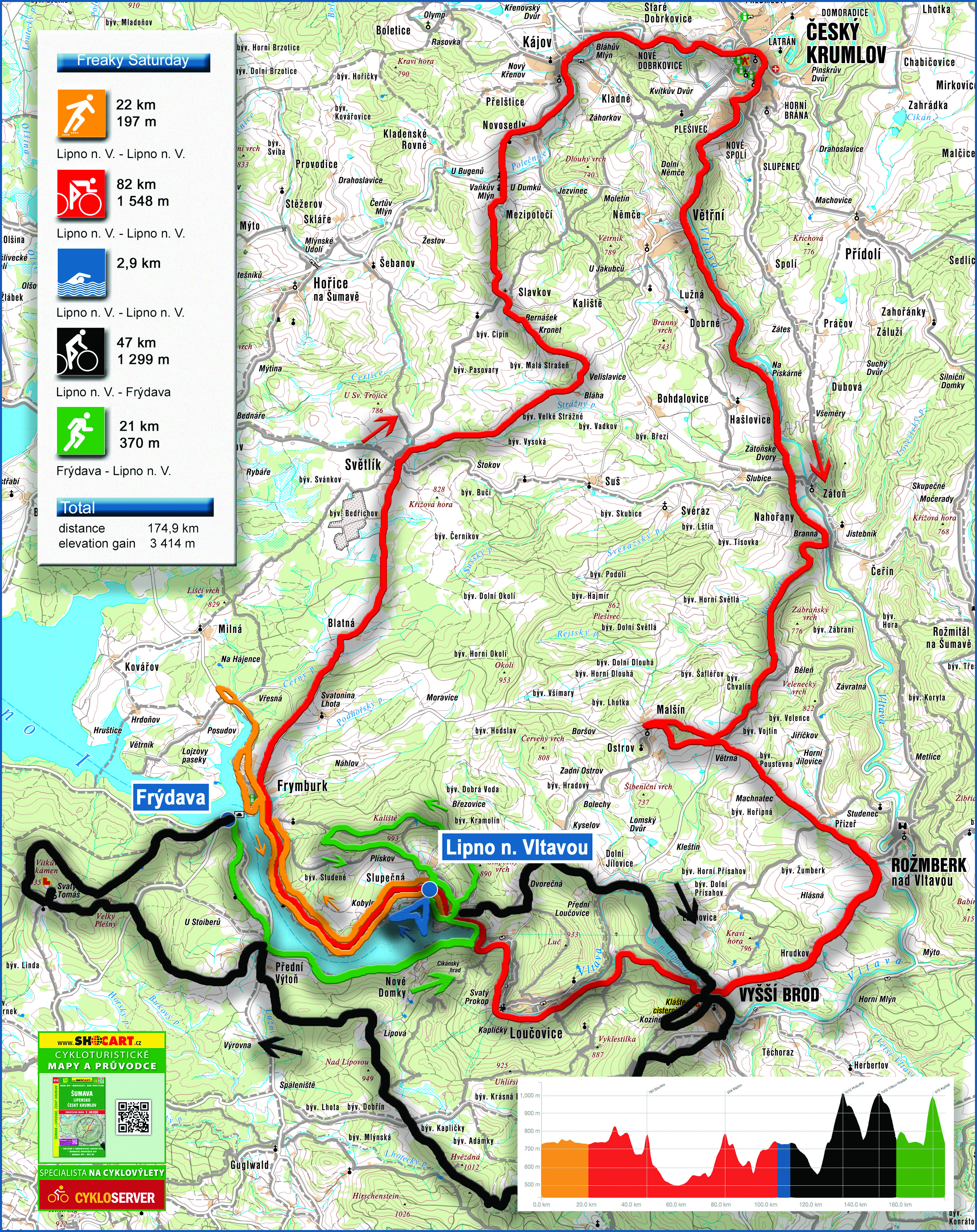 day carries the title “Relax Sunday” as the will have to cope only with the half distances from Saturday courses. All courses will take a different path than the day before to keep exploring a landscape of Southern Bohemia. The Athletes will be mostly around the Lipno Dam.

SWIMMING >> will be the first discipline of a day. swim course will be enriched with run across the promenade in Lipno n. V. discipline ROAD CYCLING >>  will bring the cyclists to Austria and back. On Sunday will be the third discipline INLINE SKATING >> so the inline skaters will not open the day again. The inline route will bring athletes this time to explore the south coast of Lipno Dam.

MOUNTAIN BIKING >> will take the athletes as well as by inline skating on the opposite cardinal point of the on Saturday. bikers will explore the north part of the region from Lipno n.V. The premier Gigathlon Czech Republic 2016 will be finished by current sports phenomenon RUNNING >>. The beauty of Gigathlon is that not only runners but the whole team together will cross the premier finish line at the great applause of fans and friends! 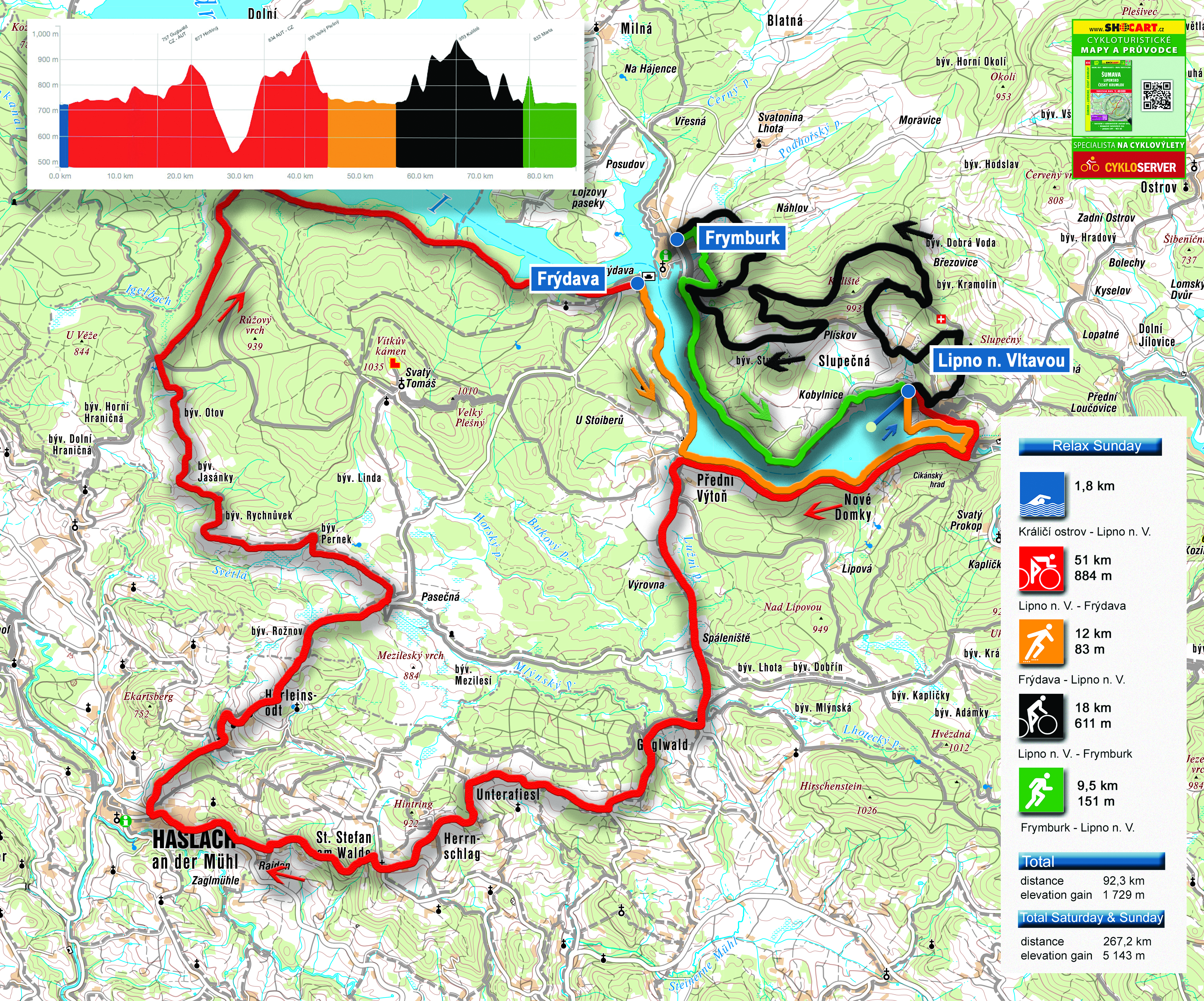