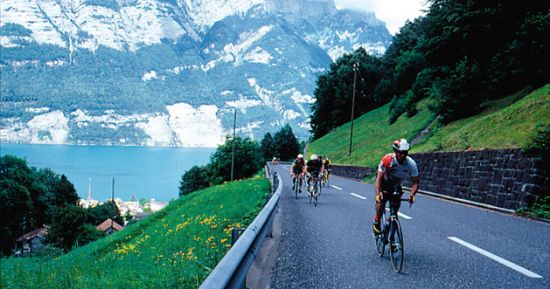 In 1998 the first Gigathlon was organized, that guided the endurance athletes across the Swiss countryside. The following years the Gigathlon became a two-day event. The success of the event happened to be a clear impulse for making it an annual sports challenge. Gigathlon became to be well known across the whole country and was sold out every year. Nowadays 5000 athletes compete in this sports phenomena annually and for many others there are no places left. For 10 years Gigathlon was organized by the Swiss Olympic Committee as its main sports event of a year. In 2013 Gigathlon was taken over by its founder Peter Wirz with his own company invents!ch (www.invents.ch), which also owns the Gigathlon licence.

For the first time in the 17 years long Gigathlon history the event will not only be carried out in Switzerland. The first Gigathlon Czech Republic will take place in Lipno, south Bohemia, the first weekend of September 2016. After 2016 in upcoming years Gigathlon should cross another borders.

For the further information about Gigathlon history and each competition years go on Gigathlon since 1998.